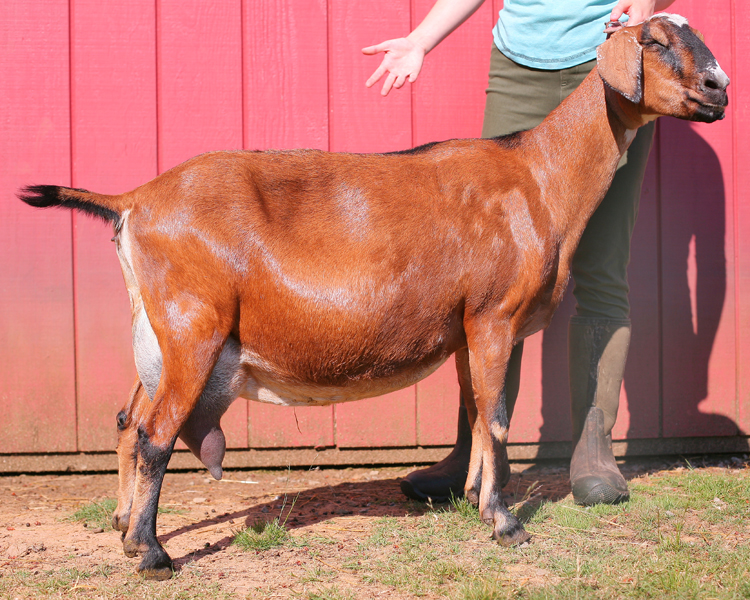 Bebe is a 3rd Generation American
(61.71%/38.29%) Mini Nubian Doe.
She has a wonderfully attached udder, with good size teats,
nice breed character, good legs, good topline, good shoulders…
what’s NOT to love about this Doe?
And she’s even got her Finished Championship Title to prove she’s got it all!

We are very Excited to have this lovely doe and see what she adds to our herd.
She will be bred to our boy Royal for 4th gen February kids.

“A single entry in the aged doe class of Mini Nubians.  This doe could have stood some competition.  She has a very nice topline and is smoothly blended from her neck into her withers.  She is sharp, angular, and open ribbed.  Her mammary is still well supported and she has good height to the rear udder.  We would like to see her show more capacity to the udder, but a lovely example of a 5th freshening doe.”
-James Oller

Bebe placed 4th and 3rd out of 4 entries (all Green Gables goats):

“Entry A is to be commended for her medial suspensory ligament support to her udder and the capacity of her udder.” -Lavinia Allen

“In a close bottom pair, A places over D for general appearance. She is more nearly level from hips to pins and has more depth of heal. In mammary system, she has slightly greater capacity. She yields to the more smoothly blended front end of D.” -Katie Wolf

“A is to be commended for her wonderful depth, especially visible in the view of her chest floor;” -Ed Kinser 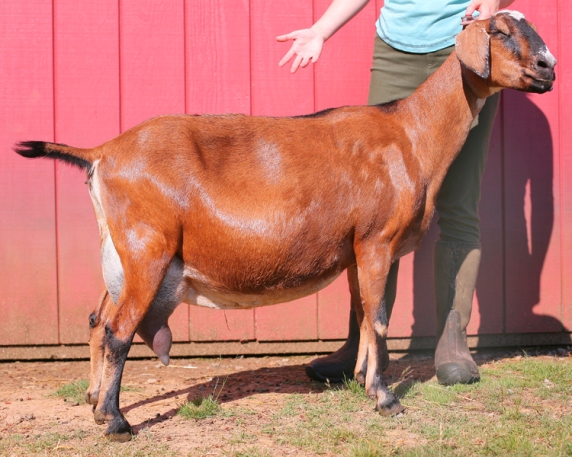 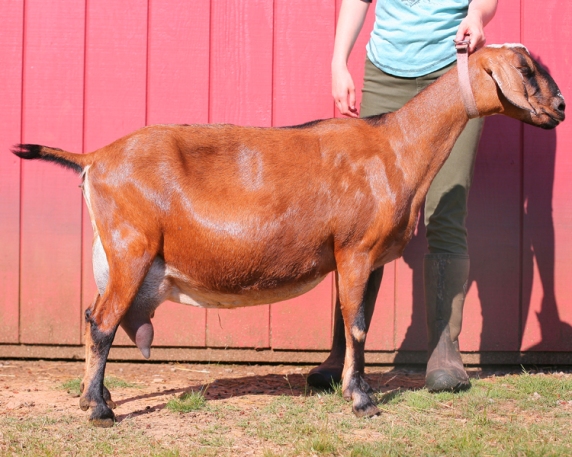